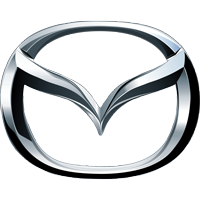 The Toyo Cork Kogyo Co Ltd (Mazda) was founded by Jujiro Matsuda in 1920 and manufactured machine tools for numerous industries in Japan. In 1931, due to low profits, the company decided to shift its focus to vehicles and introduced the famous three-wheel truck called the Mazda-Go.

A Little Bit of History

In the first year of production, the company sold sixty-six vehicles but due to the impending War the company again shifted its focus to producing weapons for the Japanese military. In 1945 the Atomic bomb was dropped on Hiroshima which caused the company to cease automobile production until 1949 at which point it began producing and exporting the Mazda-Go to India. Although the company produced vehicles with the Mazda brand name throughout the 50s and 60s, the company name remained unchanged.

The first passenger vehicle, called the Mazda R360 Coupe, was produced in 1960 and a year later the company introduced the famous B-Series line of pickup trucks which are still very popular around the world even today. 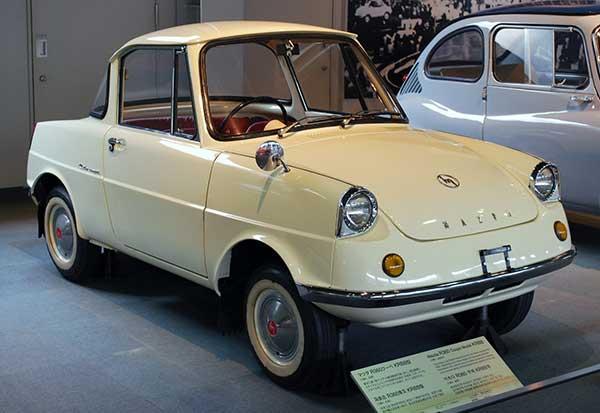 In the 1960s, the company wanted to become more competitive in terms of both technology and products in order to survive and expand globally amid the ever-increasing competitive automotive market. Around this time, the rotary engine which combined a simple design, light weight, compact size, low noise and high power was drawing the attention of many carmakers around the world as a dream technology. Mazda saw the technology and was the first to actually implement it in an automobile, the Cosmo Sport. Debuting in 1967, the Cosmo Sport was the world’s first mass production car powered by a two-rotor rotary engine. This was the moment in time where Mazda’s samurai focus, tenacity and innovation came to fruition. The rest, as they say, is history. 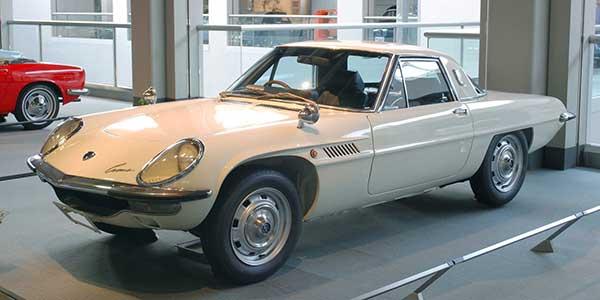 In the 1970s, Mazda officially dropped the Toyo Kogyo name and became the Mazda Car Company. At about this time Mazda entered the U.S. car market with the introduction of the R100 Coupe. It was the first mass-produced, rotary engine powered car in the U.S. at the time. The following years Mazda introduced several rotary powered cars, the RX-2 and Rx-3 models which sold well but were sort of bland. In an effort to change their image, in 1978 Mazda introduced one of its most iconic cars, the RX-7, an affordable, “peak-performing” sports car. During its production run from 1978 to 1985 the first series “SA” RX-7 was an instant success, unlike the rotary-powered RX-2 and RX-3 models that came before it. The smooth-spinning rotary engine was light and compact (approximately one-third the size of an equivalent piston powered engine). Due to the smaller size, the RX-7 had a lower center of gravity and a desirable 50/50 weight distribution. Needless to say, the RX-7 went on to be a huge success worldwide. 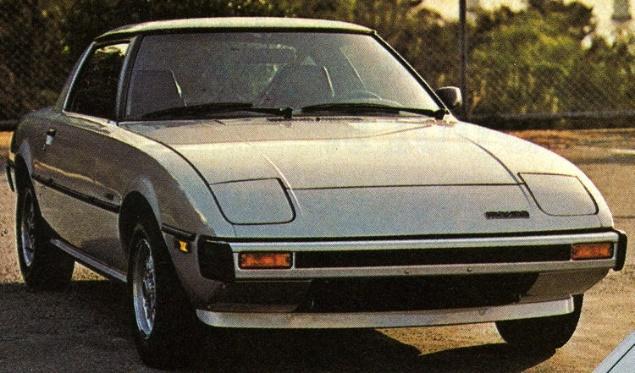 In 1989, Mazda unveiled the new “MX-5 Miata” another 2-door sports coupe which had a starting price of around $13K. According to Mazda the MX-5 was “affordable to buy and use, lightweight, excellent handling with classic roadster looks”. In 2000, the “Guinness Book of World Records” named the MX-5, the best selling 2-seat convertible in history. 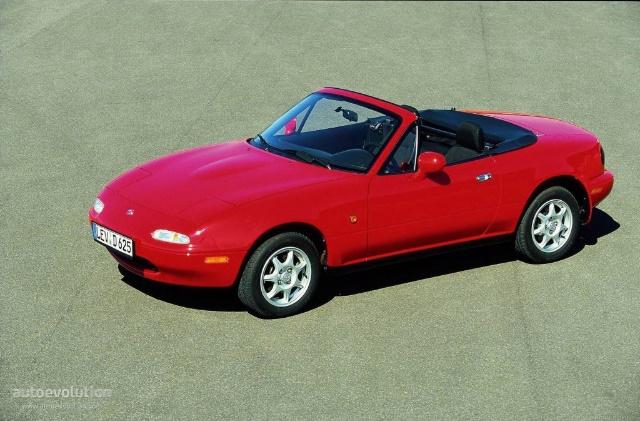 In the 1990s, Mazda was impacted by the economic slump in Japan and in 1996 they sold a controlling stake in the company to Ford in order to avoid bankruptcy. The two companies shared manufacturing facilities in several countries as well as sharing platforms and other resources. Ford no longer has a controlling interest in Mazda but does retain a small stake in the company. In 1996 Mazda introduced a brand-new symbol, the Mazda “M” which is currently in use on all Mazda cars today. In 1998, Mazda introduced the second-generation MX-5 Miata roadster which again became an instant hit which helped to strengthen Mazda’s presence in Europe and the U.S.

In 2001, Mazda Motor Corporation celebrated 70 years of automobile manufacturing and in 2002 they redesigned the rotary engine and introduced another of it most popular cars, the RX-8. It also won an award for the “International Engine of the Year” for the redesigned rotary engine and in 2009 it introduced several new generations of the rotary engine which became an instant success. Also, in 2009, the Mazda MX-5 Miata celebrated its 20th anniversary with sales topping 900,000 units and racking up over 180 major automotive awards.

In 2011, Mazda began to focus on the SUV market with the introduction of the CX-5. It was the first Mazda to offer the SKYACTIV technologies on gas or diesel engines. In 2013, the CX-5 was re-introduced as a sport crossover SUV that had a bold body style and an attractive, modern interior and plenty of available options. 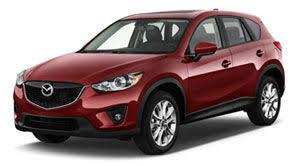 Also, in 2013, Mazda signed a contract with Fiat to produce an all new Alpha Romeo roadster which was introduced at the 2015 Los Angeles Auto Show. Although it was originally slated to be badged an Alpha, Fiat decided to badge it the Fiat 124. Built on the MX-5 platform the Fiat 124 was given a turbo engine and a more voluptuous body that reflected the 124 nameplate which was revived and used for the first time in over 50 years. Where the old 124 Spider of 1966 was the ultimate in classic sixties Italian design, the new 124 is a reflection of Fiats in-house design studio. 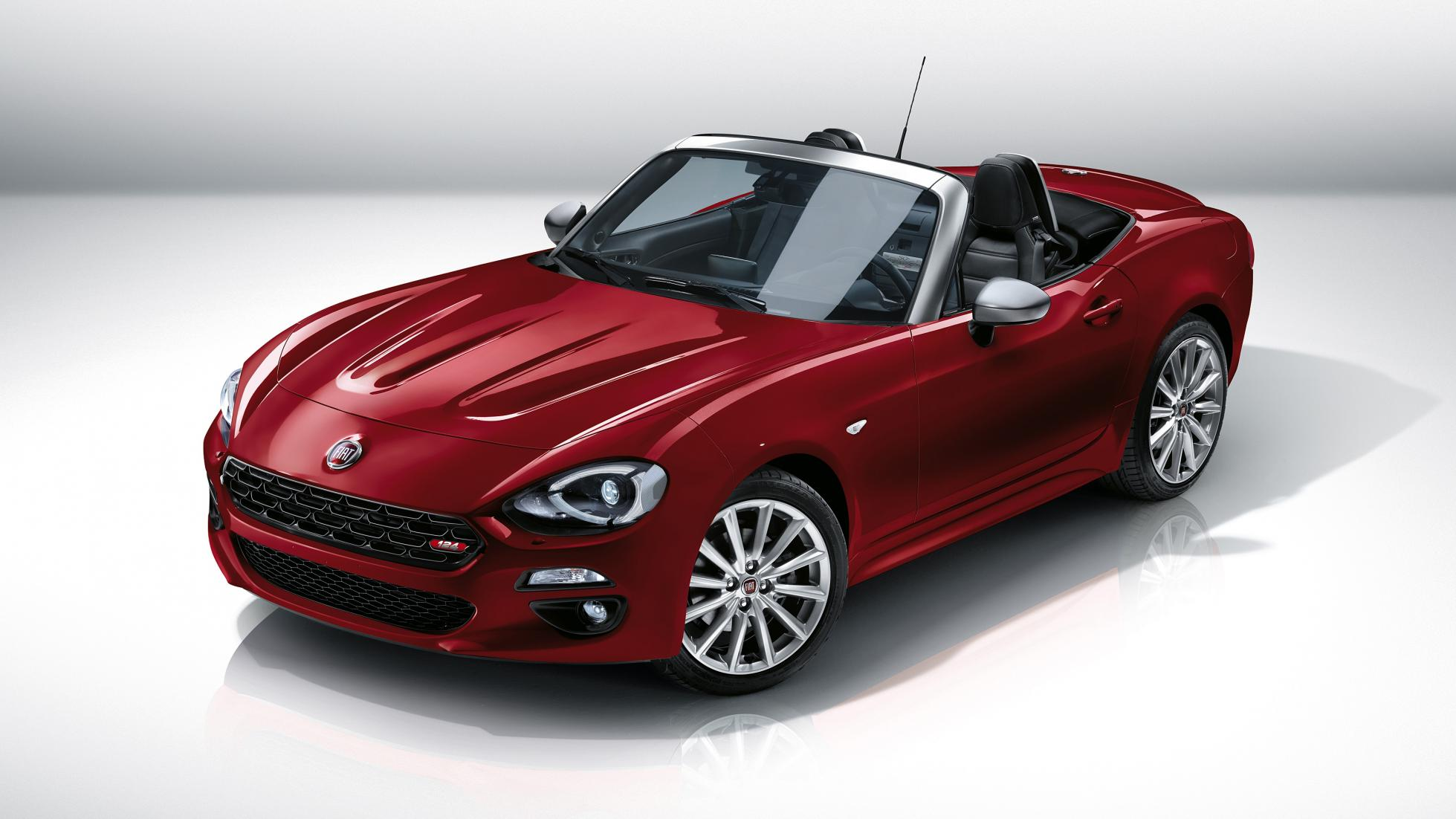 In addition to the Roadsters and Crossovers, Mazda has been producing flagship sedans for decades. These cars were designed to make the driver feel special and serve as a symbol for the Mazda brand through a combination of sophisticated design and advanced technology. From 1966 to 1973 the Mazda Luce and R130 (only 2 are known to exist today) were produced. From 1972 to 1977 The Mazda RX-4 was sold and of course it had the rotary engine. From 1986 through 1991 the Mazda 929 model arrived in the U.S. as the rear-wheel drive luxury flagship and in 1992 a second generation was offered. From 1995 through 2002 Mazda offered the Millenia which replaced the 929. From 2003 through 2008 Mazda produced the Mazda6 or 626 model which reinvigorated the mid-size sedan segment. In 2009 the second generation 626 was offered and it was both wider and longer in order to compete with larger midsize cars being sold in the North American market. In 2014 the third generation of the 626 was produced as an all new design with the now famous SKYACTIV technology included. In 2018, the 626 chassis was redesigned to deliver greater refinement to the ride, better handling and improved comfort for passengers. With the continuous improvements made to the 626 it is not surprising that it continued to win comparisons and critical praise throughout each generation. 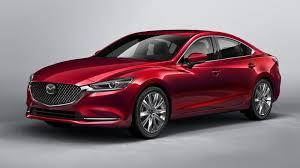 Mazda has always aimed high…and it always will which is why in 2018 Mazda is a very large and successful company. It is the 15th largest automobile manufacturer by production, worldwide and it has annual revenue of over 20 Billion US and over 37,000 employees.

Fun Fact:
A school teacher in Chicago unknowingly purchased the 10 millionth Mazda sold in the U.S. which was a 2013 Mazda3 Touring 5-door. Mazda wanted the car for their collection so they tracked it down and contacted the teacher to ask if she would exchange it for a loaded, all-new 2014 Mazda3 s Grand Touring 5-door. The teacher agreed and the car now resides in Mazda’s heritage collection in Irvine, California.