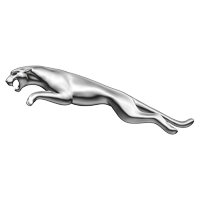 The Jaguar motor car is world famous for its stylish designs, thrilling performance, luxurious and comfortable interiors, outstanding handling and ride, quality engineering, and state-of-the-art technology. No other automobile manufacturer has been as remarkably successful at creating both the world's finest luxury sedans, as well as some of the world's most beloved sports cars.

The founder of Jaguar Cars Ltd. was Sir William Lyons. His goal was to create world class sports sedans with "grace, space, and pace." Lyons once said, "The car is the closest thing we will ever create to something that is alive." He definitely achieved his goal.

The History of Jaguar

The original name of Jaguar Cars Ltd. was the Swallow Sidecar Company which was founded in 1922. The company initially focused on building and selling sidecars which were used in motorcycling competitions. Over the next few years they earned an excellent reputation and expanded to three locations. In 1928 the company moved to Coventry which was a much larger facility and they began building coachworks for chassis provided by Fiat, Austin and Alvis. These cars were an immediate success due to their 2-door design, impressive radiator and 2-tone paint and soon the company was producing 50 per week. In 1929 the company unveiled the first of the Swallow models called the Standard-Swallow (SS) and two years later followed up with new models called the SS1 and SS2. Throughout the 1930s sales of the Swallows were increasing at such a fast pace that the company had expanded their “dealer” network to 18 worldwide.

his partner and create a new company that primarily focused on building cars. The new company was incorporated in 1933 and had an initial public stock offering on the London Exchange. Since Lyons was an advertising and marketing guy, he wanted a brand- new name for his cars that would capture the imagination of the car enthusiast so he hired an advertising agency who came up with the name Jaguar. With the overwhelming success of the Swallow, Lyons decided to exercise his option to buy out

In 1935, Lyons introduced a car that was nothing short of stunning called the SS Jaguar and all of a sudden, the company moved to a new level and quickly became famous with the Jaguar models which were both visually stunning and technically ground-breaking. The eventual release of the C-type, D-Type and E-Type models paved the way for the current models and cemented Jaguar Cars Ltd. place in automotive history.

The first SS Jaguar 100 was introduced in 1935 and the company dropped the SS1 and SS2 product lines because the sales for the SS Jaguar increased dramatically. In 1937 the company brought out the first all-steel version which featured a wider body, overhead valves, and a choice of a 3.5L, 2.7L or 1.8L engine. In 1938 the company was producing over 5,000 cars per year and the company’s success seemed like a done deal. Here is what the SS Jaguar looked like: 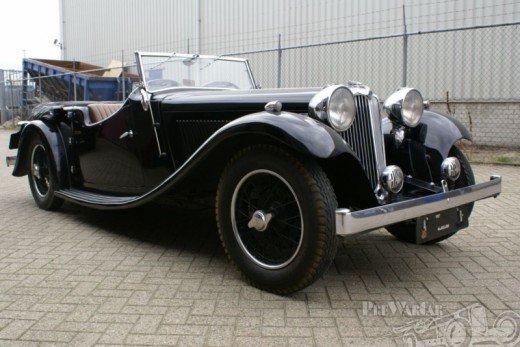 Jaguar would have continued on the road to success if WW II hadn’t interfered. With the onset of the war all production of the SS was stopped and the factories were converted to military use by the British Government. The only area of the company that maintained its pre-war level of production was the sidecar shop, which manufactured over 10,000 units for the British army's motor corps. In 1945, as the war ended, the company officially changed its name to Jaguar Cars, Ltd. and the symbol was changed to the Jaguar which meant that the company was now a completely independent British-operated and managed company thus realizing Lyons dream. Over the next few years the company focused on racing and exporting cars to other countries. 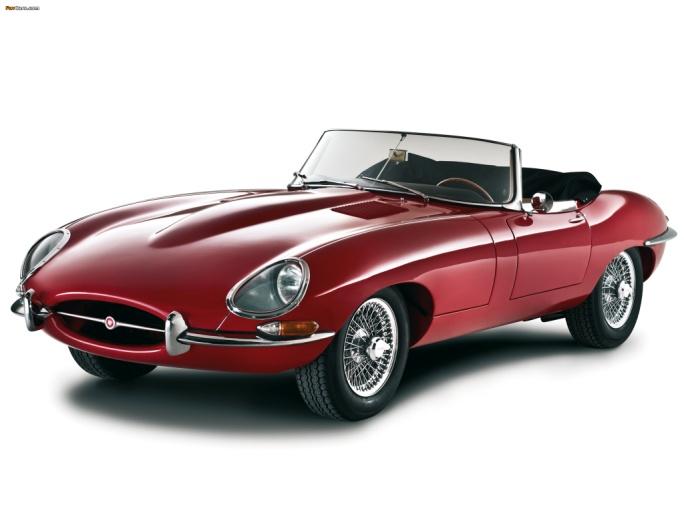 In 1948, Jaguar Cars made a big splash with the introduction of a new sports car called the XK120 which was later replaced by the XK140 in 1954 and then replaced again by the XK150 in 1957. In 1961 Jaguar determined that they did not want to continue the XK line and started from scratch to design and build the XKE in 1961. The XKE is considered by many car enthusiasts as the most beautiful car ever made and it is one of only six cars honored with a permanent display "as a work of art" in the Museum of Modern Art in New York city.

In 1972, Jaguar Cars celebrated its 50th anniversary of its founding but by then the company almost ceased to exist as an independent company although it was producing the XJ series of Jaguar which was very popular at the time, here is what it looked like: 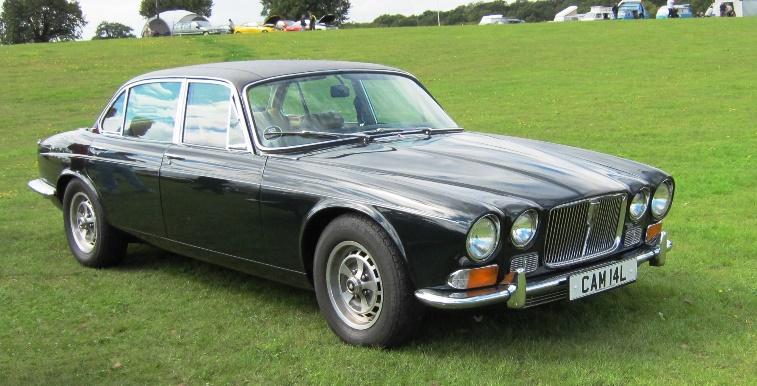 By 1983, the XJ-S sports coupes and XJ salons began to increase sales significantly than at any other time in the last 10 years. By 1983 sales of Jaguar cars in the U.S. was over 15,000 and sales in other countries was up significantly. Jaguar was back and in 1985 it regained its independence and was once again able to sell cars as Jaguar Cars, Ltd. Unfortunately, due to quality control issues and other design problems, sales of the XJ series began to drop off and in 1990 the company saw its first loss in profits.

At this point, the company was in a position to be acquired so in 1990 Ford Motor Company acquired Jaguar and began a comprehensive revitalization of the Jaguar brand that included a reduction in the workforce and redesign of the major components of the car including the electrical system which was very wonky. As a result of the changes Ford made, the sales of the Jaguar rebounded to 40,000 cars and over 2 billion in sales. In 1996, the XK model was introduced and it went on to become the best-selling sports car in the history of the Jaguar Car company, here is what is looked like: 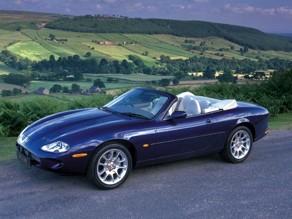 In 2002, a special edition of the Jaguar was produced, called the XKR 100, to mark the century anniversary of Sir William Lyons. This model was produced up until 2006 when it was redesigned and although it had a top speed of over 155 MPH, it was electronically limited to that top speed. The design of all of the later models, XK, KJ and XF can be attributed to Ian Callum and the dual overhead camshaft in-line six-cylinder engine that has had the longest run of any car engine (1949 – 1992) and had a useful life of over 200K miles can be attributed to William Heynes.

In 2008, Ford sold Jaguar to Tata Motors (an Indian company) in the hopes that jaguar would begin a renaissance and begin gaining ground again as a top luxury and performance brand. Currently the company is producing four models of cars that are available in variations of trim levels and body styles which include XJ, XF, XK and F-Type. In 2010 sales of Jaguar had risen 11% and the company continues to produce and sell more cars annually, becoming more profitable and is on target to hit one billion in profits. Here is what the latest iteration looks like:

Fun Fact:
Jaguar’s iconic chrome plated mascot is known as ‘The Leaper’ and it has often caused heated debates concerning whether it is a threat to safety. But alas, there is no longer a need to debate this iconic hood ornament because it is no longer available on the latest Jaguar models.