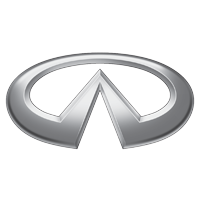 Honda’s luxury brand is Acura. Toyota’s luxury brand is Lexus. Back in 1985, Nissan realized that although they were a successful and respected brand, they had no vehicles in their product line that fit into the “luxury” vehicle category. To solve this problem, Nissan started a secret think tank called the Horizon Task Force with the goal of developing a new luxury brand that could compete with the best European, Japanese and American luxury brands.

A Little Bit of Company History
Nissan created the Infiniti division in order to develop luxury cars that could compete with the well-known luxury brands in the market. In 1989, when the first Infiniti model was introduced, there were many high-performance luxury brands from Europe, Japan and the U.S. that had cornered the market so Infiniti was entering a very competitive space. With that said, Infiniti owes its existence to the Acura brand because this Japanese car manufacturer provided the inspiration for Infiniti to go after the high-performance luxury car market. 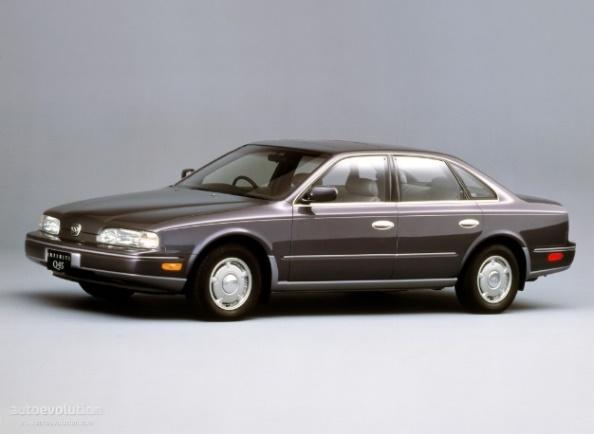 Car Production Then and Now
The first generation of the Infiniti started with the Q45 which was introduced in 1989. The marketing strategy was to target the premium vehicle segments in the U.S. that would not typically fit with the current Nissan brands more mainstream vehicles. Since the other Japanese car makers (Toyota and Honda) were also introducing their luxury models (Lexus and Acura) around the same time period, the Japanese government imposed voluntary export constraints which made it more profitable to export more expensive luxury models to the U.S. The Q45 had features that would make it competitive with the full-sized “luxury” segment which was dominated by the Mercedes S-Class, BMW 7 Series, Jaguar XJ and Cadillac Fleetwood.

In 1990, Infiniti introduced the M30 model which was produced for three years. Its primary competition was the Lexus SC however due to some limitations of required body and chassis reinforcements, the appearance had almost no resemblance to the Q45 plus it was underpowered compared to its gross weight.

Through the 1990s Infiniti produced other models such as the G20 and later the J30. Unfortunately, the J30 had a pretty unusual body style which made it hard to compete with the Acura Legend and Lexus GS which came out about the same time in the entry-level luxury segment. The I series that was introduced in 1996 did a lot better due to its resemblance to the Nissan Maxima. Overall sales through the 1990s, were slow and Infiniti was lagging behind both Lexus and Acura. The Q45 model had morphed from a nimble, sporty full-size luxury sedan to a bloated, barely recognizable sedan that was equivalent to the U.S. Lincoln or Cadillac. To turn things around Infiniti introduced the QX4 SUV in 1997 and it included many more premium features than the Nissan Pathfinder which made Infiniti one of the first luxury car manufacturers to produce a midsize premium SUV. 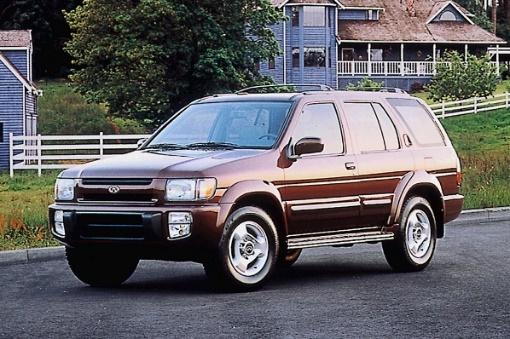 Starting with the 2002 model year, Infiniti produced upgraded versions of the J30 and a new model called the I35 was introduced but they were quickly losing market share to the other Japanese car manufacturers. But even the other Japanese car manufacturers were facing challenges, especially with pricing, but they were holding their own. Infiniti, however, was in the worst position and needed to take action or face extinction. The answer was to rededicate its focus on development of a dynamic and powerful line-up of SUVs so in 2003 they introduced the FX35/45 crossover and a new sports sedan called the G35 which successfully turned the company around. The G35 was even voted Motor Trend Car of the Year in 2003. Things were looking up for Infiniti and with a success in each category they were poised for bigger and better things. 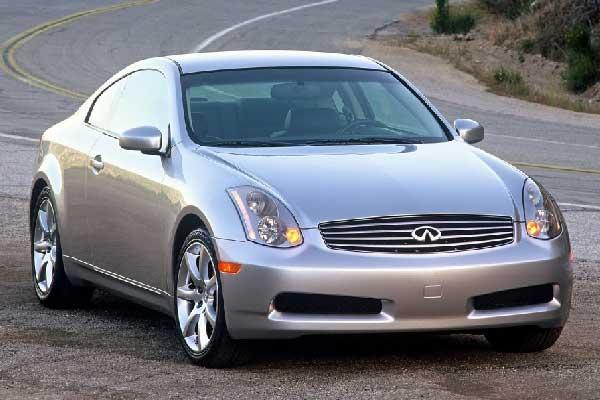 In 2008, Infiniti introduced the EX35 compact crossover at the Geneva Motor Show. It was a combination of seductive design and elegant luxury with an array of new advanced high-technology systems. At around the same time Infiniti also released a new version of the G coupe (G37) which was unveiled at the New York International Auto Show. With these two announcements Infiniti was definitely on it way to success. To prove this and address naysayers once and for all, Infiniti introduced two new models, the M56 in 2010 and the JX35 in 2011.

By 2013, Infiniti had a lot of success under its belt but there was still more that they wanted to accomplish so at the Frankfurt Motor Show they announced the Q30 concept car which was the start of Infiniti’s aggressive strategy to extend the brand into the new premium vehicle segments. In 2014 they introduced the Q50 to rave reviews. In 2018 the top of the line luxury sedan model is the Q70 and the top of the line luxury SUV is the QX80. 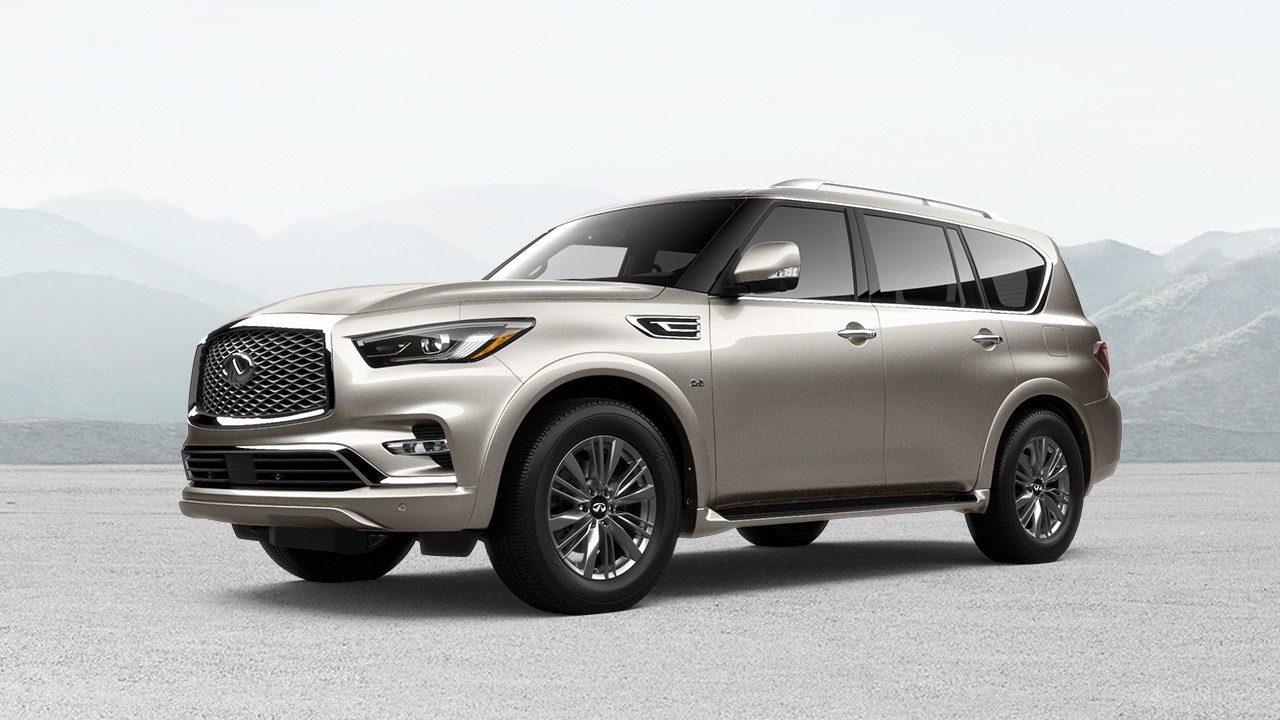 Throughout automotive history, car companies have come and gone but since the introduction of the Q45 in 1989, Infiniti has continued to prove that it deserves its place in the automotive market. It has done this through innovation and unrivaled success in competing against the best luxury cars and SUVs the world has to offer. With more than 100,000 cars sold in the U.S. alone, Infiniti has successfully managed to reposition itself as a luxury brand separate from its parent company Nissan. In a remarkably short time Infiniti has achieved this distinction by always evolving the current products using new styling features, advanced technology and going the extra mile to deliver a product that appeals to the most discerning drivers.

Fun fact:
The logo that identifies the brand was designed to represent a road disappearing into infinity combined with the most sacred landmark in Japan, Mt. Fuji. Sticking with the existential themes of infinity and mountains, the first commercials that Infiniti produced didn’t even show a vehicle, just majestic scenery from nature such as a lake or flock of geese. These commercials certainly captured people’s attention but did not produce the desired result of increasing sales.