Henry Ford developed his first gasoline powered horseless carriage in 1896 while he was working for Edison at the Edison Illuminating Company in Detroit, Michigan. His invention was called the Quadricycle and it was built in a shed behind his home. Another garage inventor, he went on to establish the Ford Motor Company in 1903 and five years later he rolled out the first Model T automobile. The “Tin Lizzie” as the Model T was known, was in such high demand, Ford had to introduce a revolutionary new mass production method that included large production facilities, the use of standardized interchangeable parts and in 1913, the worlds first moving assembly line. These techniques of mass production revolutionized the American car industry and eventually enabled the company to produce one Model T every 24 seconds. By 1918 half the cars in America were Model Ts. The other innovative thing that Ford did was to create a massive production facility along the river Rouge in Dearborn which produced all of the materials needed to build his cars. The next vehicle produced by Ford was the Model A which is probably the most iconic base of sought after hot rods known today. 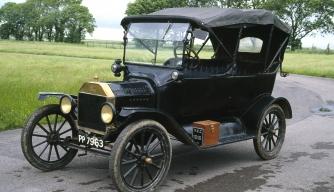 So, for over 100 years Ford has been producing vehicles for the mass public. There have been a lot of successes but there has also been a fair share of not so popular vehicles along the way. Cars such as the Edsel, Pinto and Capri come to mind but some of the more iconic vehicles such as the Mustang and Thunderbird were revolutionary when they were first introduced but over time they morphed into bloated ”American” luxury boats just like all of the US car manufacturers did until the Japanese wake up call in the late 70’s and early 80’s that changed the car industry forever.

You may not remember, but there were a lot of catchy phrases associated with the Ford moniker; such as Found On Road Dead or even better Fix Or Repair Daily and in the era before the US Automobile companies saw the light, these were pretty accurate representations of not just Ford but all American car companies. The quality was not there but fast forward to 2018 and we see that not only Ford but all car companies around the world have made Quality the highest priority and it definitely shows. If you take a look at the 2018 models offered by Ford, they are not only high quality but can compete with car manufactures around the world. Just take the Mustang for example, need we say more? 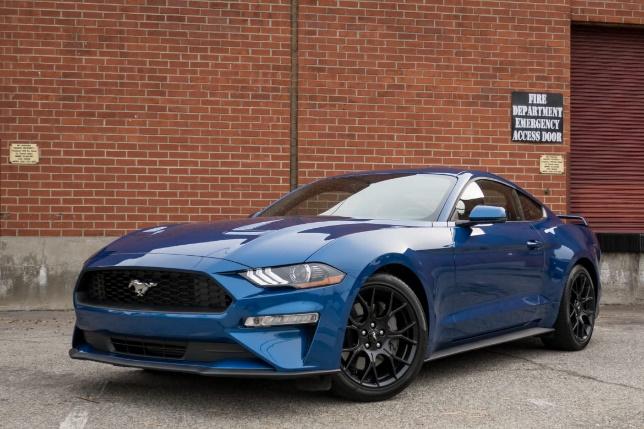 Fun Fact:
In 1964, after Ford debuted the Mustang, 94,000 pedal-powered toy mustangs were bought for children the following Christmas season. Ford states that the “best never rest” and “quality is job one” but how does it stack up to the competition, let’s take a look:

As you can see from the table that the Ford Mustang is not the leader in every category but it leads the pack where it counts. If you measure your vehicles based on overall quality, attention to detail, workmanship, safety and dependability, then you cannot do better than the Ford Mustang built by the Ford Motor Company.