Buy quality used Toyota Sienna auto parts instantly with next day delivery. Choose the year of your Sienna below.

The Toyota Sienna was introduced in 1998 and right away it established itself as one of the top vehicles in the family- oriented minivan segment. With a huge list of standard features, an impeccable safety record and a Toyota reputation for reliability, the Sienna helped Toyota establish itself as a producer of vehicles that appealed to the family unit rather than just a car maker of hybrid vehicles

The interesting thing about the Sienna was that it shared the same underpinnings as the Camry, even offering the same V6 engine as the Camry. This was a wise move by Toyota because it reduced costs while offering two unique vehicles. The minivan that the Sienna replaced was called the Previa which was best known as the egg-shaped, rear wheel drive, mid-engine non-stylish box. When the Sienna was introduced as a replacement, it had none of the usual Previa styling but instead offered front-wheel drive and an easy to access interior layout which was similar to several of the segment leaders but still lacked many of the advanced features that were being offered by the best-selling minivans offered at the time.

The second-generation Sienna debuted in 2003/2004 and Toyota stretched the wheelbase by more than 5 inches and the width by almost 4 inches, which resulted in over 44 cubic feet of interior space. A side benefit was that the expansion of the dimensions created a low aerodynamic look which really appealed to buyers.

The third-generation Sienna debuted in 2011 and remained basically the same with the exception of some comfort improvements like a DVD player, updated trim and electronic power steering. If you want to see a Sienna that looks very familiar, just check out the third generation which had all the modern amenities but was much more exciting than the stereotypical minivans of the period. 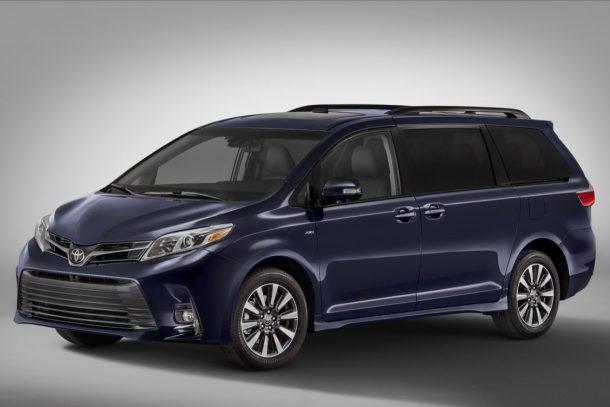 Although it has been a long time since the Sienna was significantly updated, there has been several minor updates over the years and the result is that the Sienna is still kicking butt and taking names. According to market watchers and others in the know, “Toyota is very committed to Sienna as it continues to be one of our core products,” Toyota spokesperson Sam Butto stated recently. Multiple mid-cycle enhancements and/or minor changes are very common leading up to next-generation launch so there is a good chance that there will be a major makeover of the Sienna in the 2019 or 2020 model year. With that said, the 2018 model that will be unveiled at the New York International Auto Show in April is radically improved and will be the most powerful minivan on sale in America.

Fun fact:
Through the Sienna, Toyota became the first automaker to offer a factory installed auto-access seat for disabled people.
It is pretty obvious why the Sienna has been so popular over the years but how does it stack up against the competition? Let’s find out:

As you can see from the table, the Sienna is not the leader in every category but it leads the pack where it counts. If you measure your vehicles based on overall quality, attention to detail, workmanship, safety and dependability, then you cannot do better than the Toyota Sienna.