Buy quality used Toyota RAV4 auto parts instantly with next day delivery. Choose the year of your RAV4 below.

The Toyota Recreational Active Vehicle with 4-wheel drive (RAV4) single-handedly created the compact sports utility vehicle segment by bridging the gap between traditional off-road vehicles and passenger vehicles. The construction was also very unique for the time because rather than the traditional body on chassis design, the RAV4 had the height, ground clearance and look of a traditional 4WD vehicle in a more car-like shell. 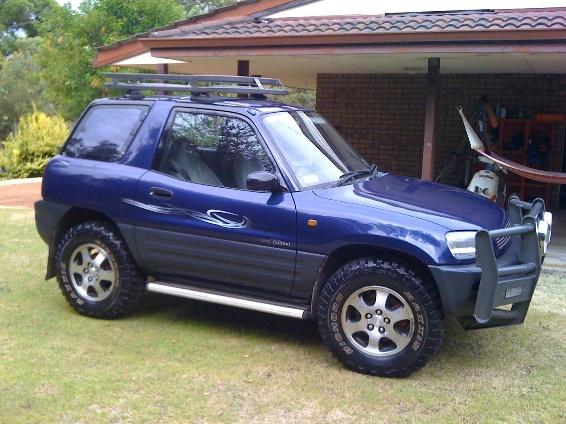 The RAV4 was created by Toyota by using a number of various components from its extensive parts catalog that included a platform donated by the Corolla, the engine and driveline donated by the Camry/Carina and the suspension and transmission donated by the Celica GT-4. The end result was a clever mix of components that when combined created a new vehicle. This approach was even copied by many manufactures in later years to create their own car-based SUVs. 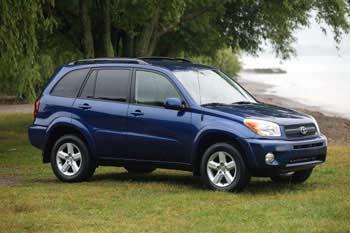 The RAV4 was debuted at the Tokyo Motor Show in 1989 and it was touted as a concept vehicle. The version that was refined and remodeled for the Show in 1993 was a much closer version of the production vehicle that would be delivered the following year. Needless to say, the RAV4 was an instant hit both critically and commercially and the forecasted production volume was instantly doubled.

The following years of the RAV4 included several changes including an increase in rear passenger and cargo space, a four-door model, front-wheel drive and an all-electric version to comply with the California emissions standards. Based on the sophisticated nickel metal hydride (NiMH) batteries used, the RAV4 had a range of 100-120 miles on a five-hour charge.

The second generation RAV4 that was introduced in 2001 was joined by a number of other car-based SUV rivals including the Honda CR-V, Subaru Forester, Suzuki Grand Vitara and Land Rover Freelander. With this type of competition Toyota decided to perform an extensive makeover of the RAV4 by increasing the length, width and weight. As a result of this makeover, the RAV4 contained fewer shared parts and was over 70% uniquely RAV4 in its design. 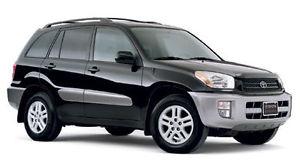 The third generation of the RAV4 introduced in 2005 displayed clear evidence that the RAV4 had matured because it now was only offered as a four-door and the overall size had been increased again to accommodate a third-row seat. The improvements in the stiffness of the bodyshell, safety, durability and noise/vibration/harshness (NVH) not to mention the electric assisted steering (a first for a 4WD Toyota), attracted even more loyal fans to the brand.

The fourth generation of the RAV4 was introduced for the first time at the Los Angeles Auto Show in 2012. It was so well received that it sold 10-times more vehicles that year than when it was first introduced in 1994. In addition to the gas version, the RAV4 was redesigned as a gas-electric hybrid which now accounts for over two-thirds of all RAV4 sales. As of early 2018, more than 6 million RAV4 vehicles have been sold worldwide and over 90% of these vehicles are still on the road, quite impressive. 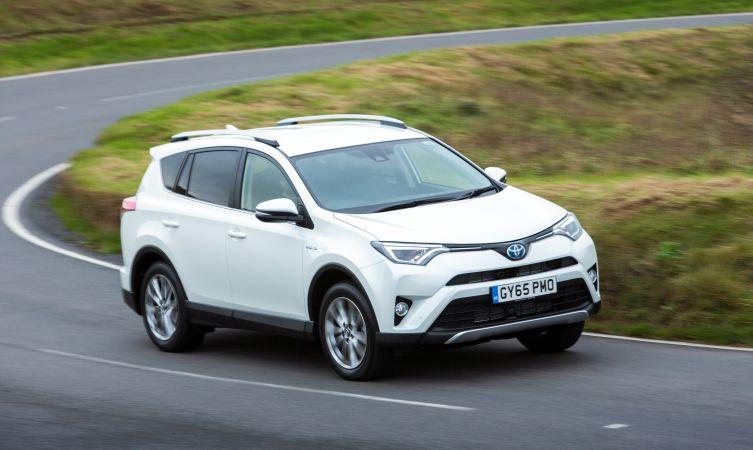 Fun fact:
Believe it or not, one of the most amazing features of the RAV4 are the defrosters. If you have ever owned a vehicle that struggled to keep the windows clear then you will be amazed to read that the RAV4’s defrosting system will clear the windows in as little as 10 seconds. Even the windshield wipers can be cleared of ice with just a click of the front-defroster button. This feature can be a life saver after a winter storm.

It’s pretty obvious why the RAV4 became an instant hit, but how does it stack up against the competition? Let's dive in to take a deeper look:

As you can see from the table, the RAV4 is not the leader in every category but it leads the pack where it counts. If you measure your vehicles based on overall quality, reliability, safety, fuel economy and dependability, then you cannot do better than the Toyota RAV4.