Buy quality used Toyota Avalon auto parts instantly with next day delivery. Choose the year of your Avalon below.

I don't think that there is a single person on the planet who would disagree that Toyota is one of the largest and most successful automobile brands in the world. But many people would be surprised to learn that the company started from very humble beginnings and achieved their success by staying true to their mission of serving customers and society by being a leader of mobility, quality and innovation.

The Toyota Avalon is Toyota's largest front-wheel drive sedan in the U.S., Canada, Puerto Rico and the Middle East. It was marketed as a replacement for the Cressida which was an upper-level mid-size rear-wheel drive car. The first- generation Avalon was introduced in 1994 at the Chicago International Auto Show and first offered in 1995. It was built in the same plant as the Camry and was based on a stretched Camry platform. The Avalon was the roomiest six-passenger car to be offered by a Japanese manufacturer at the time. It offered a front bench seat and a column shifter which was the first such feature in an American Toyota car since the Corona in 1992. In Japan it was considered a large luxury car due to its exterior dimensions and according to the Japanese Government, the large size and engine displacement required an expensive yearly road tax. Minor updates were made to the car in 1997 and 1998 but essentially it remained unchanged until the second generation was introduced in 1999. 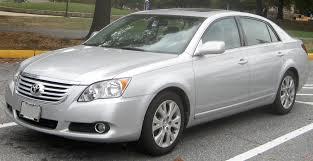 The second generation of the Avalon was introduced in 1999 and it grew larger in almost every dimension except wheelbase. It still used the stretched Camry platform and it was powered by the same 3.0 liter engine that was used in the Sienna as well as several other models. It still offered seating for 6 as well as 4-wheel disc ABS brakes, really cool electroluminescent Optitron gauges and 15" alloy wheels. One unusual feature that the Avalon offered was a built-in 115V AC power inverter which was a first for any car at the time. It was dropped after the third generation but it has continued in the Toyota Matrix, Sienna and Scion models today. The Avalon received a minor facelift in 2003 but was essentially unchanged until the next generation was offered in 2005. In the Insurance Institute for Highway Safety frontal crash testing, the Avalon received a "good" overall score in all six measured categories.

The third generation of the Avalon underwent a redesign in 2005 and was introduced at the North American International Auto Show. For the first time, the Avalon was not offered in Europe or Japan. This model was also larger than the previous generation and with the redesign the front bench seat was dropped but the rear floor was redesigned to be semi-flat in order to increase rear passenger comfort. This model included dual-climate controls and steering wheel mounted audio and climate controls. Several trim levels were offered and with each higher level more standard features were offered however a navigation system and Vehicle Stability Control were options on all trim levels. In 2008 and 2009 the Avalon received minor facelifts but in 2011 the Avalon received a significant makeover in body styling and other new features which placed it head and shoulders above other vehicles offered at the time. 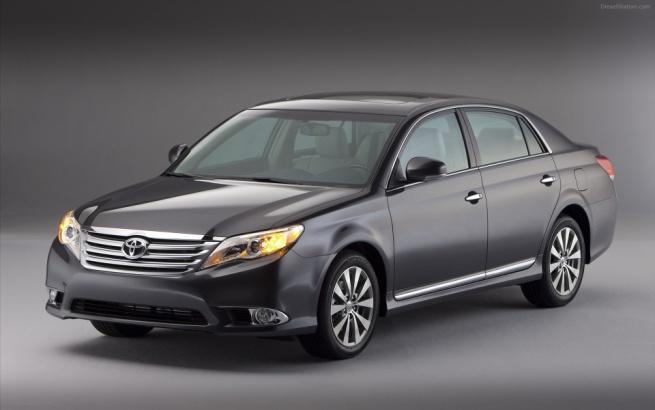 The fourth generation of the Avalon was introduced at the New York International Auto Show in 2012 and it was based on the same platform as the Lexus ES. Body styling was very similar to the 2011 but a few minor changes were made to the grille as well as a redesign of the exterior lights to look more like the Camry. Toyota also announced that the Avalon would be offered in a Hybrid version which would use the revised version of Toyota's Hybrid Synergy Drive power train, similar to the one used in the Camry. This version of the gasoline-electric hybrid was measured by the U.S. Environmental Protection Agency and rated as 40 mpg combined. In 2015 the Avalon received a minor facelift but remained essentially unchanged until the fifth generation was introduced in 2018. 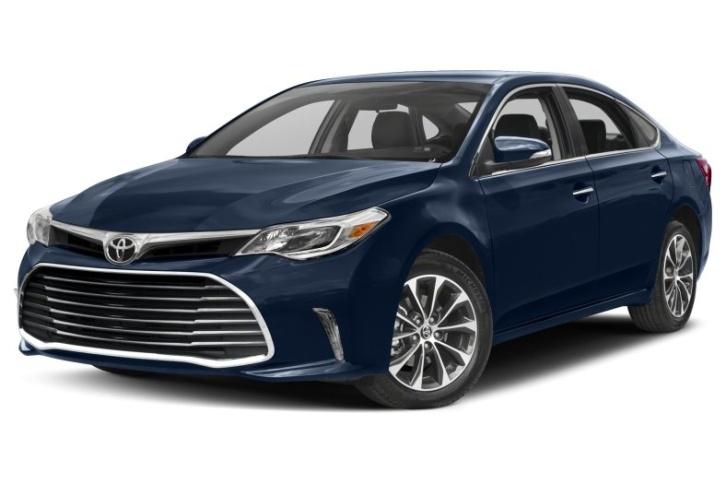 Fun fact:
The Toyota Avalon has never been classified as a vehicle for young people. In fact, the median age of buyers for the outgoing model is 64, and Toyota wants to change that and is targeting younger buyers, not just to the Avalon but the entire Toyota range of products. To achieve that goal the Avalon has undergone a significant makeover that will transform it from a vehicle reserved for senior citizens to a car for cool Dads and younger buyers in general.

It is pretty obvious why the Avalon became an instant hit. But how does it stack up against the competition? Let’s dive in to find out.

As you can see from the table, the Avalon is not the leader in every category but it leads the pack where it counts. If you measure your vehicles based on overall quality, attention to detail, workmanship, safety and dependability, then you cannot do better than the Toyota Avalon.