Buy quality used Nissan Altima auto parts instantly with next day delivery. Choose the year of your Altima below.

In the beginning the car’s original name was the “Stanza Altima” and the 1993 Models had a sticker reading “Stanza” in small lettering next to the Altima emblem on the trunk lid. In 1993 Nissan discontinued the Stanza line replacing it with the US made Altima. The Altima replaced the Stanza in Nissans longstanding Sentra, Stanza, Maxima 3-sedan lineup but there were concerns at the time about the public’s acceptance of the Altima model. Fortunately for Nissan their concerns were unfounded because the Altima had an almost immediate positive impact in the mid-sized segment competing against the Honda Accord and Toyota Camry. All Altimas were built in Smryna, TN until 2004 when Nissan turned up their Canton, MISS plant and moved manufacturing there.

To date there have been 6 generations of the Altima and through the years significant improvements have been made to the model which has made it ever more popular. In the 6th generation model, Nissan has added Automatic Emergency Braking as well as adaptive cruise control as standard features, try to find that on other competitive models, you won’t. In 2018, the Altima received the highest five-star safety rating from NHTSA over all and previous year model received very high safety ratings as well. So, the good features such as; Maxima-like styling, roominess, low wind and road noise, steering feel and interior quality are slightly offset by the four-cylinder engine noise, low speed vibration (4-cylinder) and ride which is not as composed as competitors. But as with any vehicle, only you can truly decide whether these features impact your overall experience and buying decision, but in our opinion the 2018 Nissan Altima is a serious contender. 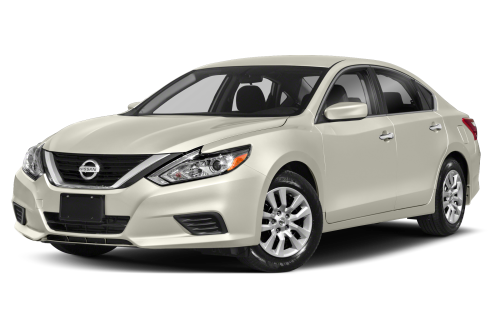 Fun fact:
The good fuel economy can be partly attributed to the Altima’s impressive drag coefficient of 0.26, better than the Leaf’s 0.28.
Well we have seen why the Altima has been so popular over the years but how does it stack up against the competition? Let's take a look:

As you can see from the table the Altima is not the leader in every category but it leads the pack where it counts. If you measure your vehicles based on overall quality, attention to detail, workmanship, safety and dependability, then you cannot do better than the Nissan Altima.