Buy quality used Hyundai Genesis auto parts instantly with next day delivery. Choose the year of your Genesis below.

The Hyundai Genesis was introduced as a concept car at the 2007 New York International Auto Show and was internally designated as the “BH” model. The projected cost to develop the new model was $533 Million. In 2008 Hyundai began marketing the first generation “Genesis” worldwide as a “premium sports sedan”. It was originally designed as a new interpretation of the modern rear-wheel drive sports sedan and it was benchmarked against the BMW 5-Series during its development. The company’s press release at the time marketed the Genesis as offering the performance of a BMW 5-Series with the interior of a 7-Series at the price of a 3-Series, pretty impressive. The introduction of the Hyundai Genesis in 2008 proved that the South Korean automaker could produce a credible luxury sedan. 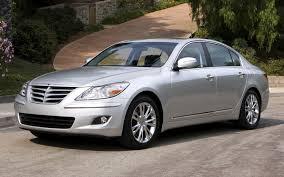 The second generation of the Genesis was introduced at the 2014 North American International Auto Show in Detroit and it represented a bold step forward for the Korean automaker. It was presented as well-equipped in every aspect of design and creature comforts and even offered an AWD version. The exterior offered a fluid design and a premium elegance with sharp lines, jeweled headlights and taillights and a totally redesigned front grille. The interior was presented as safe, intuitive and simple. A few of the advanced features that were offered at the time included speed-sensitive rack-and-pinion steering, four-wheel disc brakes, multi-link front and 5-link rear suspension as well as three engine choices depending on the market. In the U.S. market standard features included cruise control, automatic headlights, dual-zone automatic air conditioning, leather upholstery, heated front seats with power adjustments, power windows, door locks, and mirrors, remote keyless entry and starting, and a seven-speaker audio system with XM satellite radio. 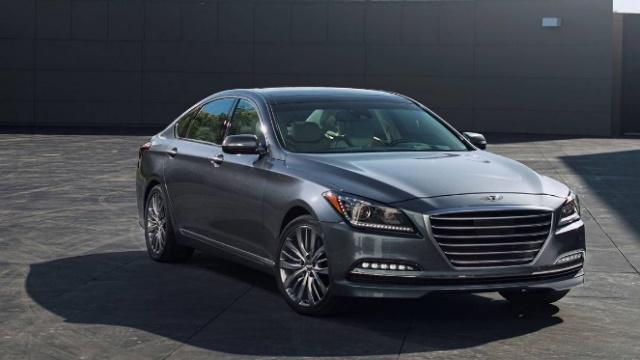 The third generation of the Genesis, renamed the G80, was unveiled at the 2016 North American International Auto Show and it included new bumpers, new headlights and a new grille. Every G80 stands out from the crowd of competitors due to its large size and incredible number of standard features for the money and on the whole, it is a great luxury sedan for savvy individuals who are looking for the biggest bang for the buck. 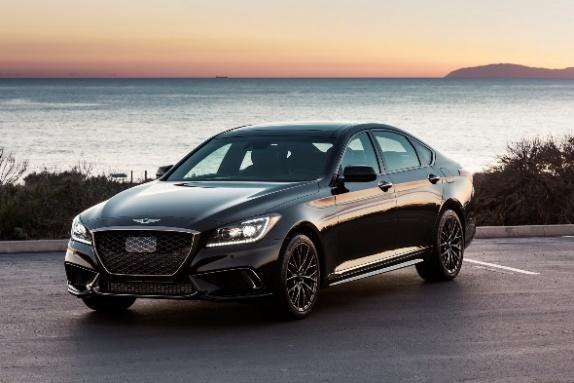 Fun fact:
The Hyundai G80 is a result of the project “Concept Genesis” and it was first introduced in 2017. Instead of being marketed with the traditional Hyundai logo, it was positioned as a new premier four-door sedan with a new Genesis nameplate with a new high-end logo design. It offers 3 year/36,000 miles complimentary maintenance, valet service, Genesis Connected Services, SiriusXM Travel Link (traffic data), and Map Care (annual navigation map updates).
It’s pretty obvious why the Genesis became an instant hit, but how does it stack up against the competition? Let's take a deeper dive:

As you can see from the table, the Genesis is not the leader in every category but it leads the pack where it counts. If you measure your vehicles based on overall quality, attention to detail, workmanship, safety and dependability, then you cannot do better than the Hyundai Genesis.