Buy quality used Ford Mustang auto parts instantly with next day delivery. Choose the year of your Mustang below.

The Ford Mustang, the brainchild of Lee Iacocca, was introduced to the public 54 years ago on April 17, 1964 at the New York World’s fair. During the first 6 months of production the Mustang was referred to as the 1964 1/2 or also referred to as an early 1965 Mustang. All the serial numbers of the early cars started with “5” indicating a model year of 1965. The Mustang appeared on the covers of Time and Newsweek that year and was advertised in over 26,000 newspapers as well as appearing on major television networks. As a result, over 4 million people visited Ford showrooms and more than 22,000 Mustangs were ordered on the first day it debuted. Over the first year, total sales were over 417,000 which shattered all sales records for a single model of any car in the history of the automobile. You can no see why the Mustang is designated as one of the most popular cars ever introduced to the car buying public. 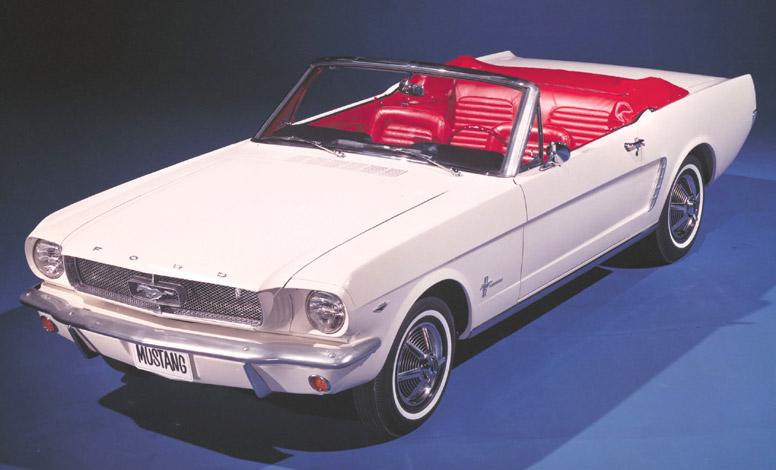 Over the last 54 years many changes have been made to this iconic car from Ford. From classic muscle cars of the early years to the sporty speed machines of today, the one thing that has remained constant is the brand loyalty by the car buying public who have stayed true to the Mustang through good years and bad. All totaled, the 54-year history resulted in six generations of the Mustang. The latest iteration comes with a whole host of features including new technical and design changes coupled with high performance based on several powerful engine options. It also includes, for the first time, a vast array of Ford driver-assist technologies and safety features that are sure to WOW even the most jaded drivers. If you have been passed by a Mustang lately you know that they have a very distinctive Gatling-gun V8 exhaust note. Couple that with incredible handling and an agelessly cool look and you can’t help but fall in love with the Mustang all over again.

Fun fact:
Did you know that the original Ford Mustang was developed primarily to compete head-to-head against the Chevrolet Corvair? That was surprising because while the Corvair famously flopped, the Mustang went on to become one of the best-selling and most popular cars in the history of automobile sales.
So, we have learned about the origins of the Mustang and how it has evolved over 54 years and 6 generations but how does the latest generation stack up to the competition? Let’s take a look:

As you can see from the table, the Mustang is not the leader in every category, but it leads the pack where it counts. If you measure your vehicles based on overall quality, attention to detail, workmanship, safety and coolness, then you cannot do better than the Ford Mustang.