Buy quality used Chevrolet Tahoe auto parts instantly with next day delivery. Choose the year of your Tahoe below.

The Tahoe was initially known as the Chevy K5 Blazer which introduced to the Chevrolet line in 1969. In 1995 the full-size Blazer was replaced by the Chevy Tahoe in 1995 and took the full-size truck segment by storm, making a huge impact on the automobile industry at the time. The appeal to families was especially true because it could carry a ton of cargo as well as lots of passengers. The additional features such as a driver’s side airbag and four-wheel disc brakes just enhanced the desirability of the Tahoe for the buying public. Even today the Tahoe continues to represent the last remaining full-size SUV alongside it’s GMC sibling, the Yukon. The Tahoe had several firsts early in it’s life such as; StabiliTrak stability control which was first offered only in the Tahoe and the Flex Fuel engine which was offered in the 2002 model. Over the years the Tahoe has garnered its share of awards from J.D. Power initial quality awards to the Vincentric’s 2011 Best Fleet Value in America award. 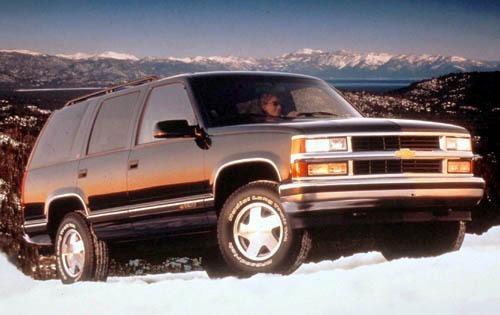 The Tahoe is now in its fourth generation with the last major makeover occurring with the 2015 model year. According to reviewers at the time, GM’s new full-size SUVs were much improved over their predecessors due to their high seating position which offered the driver a commanding view of the road with plenty of visibility. However, there were a few negatives identified as well such as; sluggish throttle response which made the truck seem slower than it really was, and the 6-speed transmission was a bit too eager to get to top gear but was cooperative when it came to down-shifting for power when needed. The Tahoe is a big truck with a towing capacity of 8,500 pounds and a huge V-8 powerplant that makes it much more capable than car-based crossovers. It also has three rows of seating however the third row is a bit cramped, so you would be better off using it for cargo than passengers. Even with the few negatives that were identified there are still some very good reasons to choose a full-size Tahoe over a crossover. Some we mentioned but a few that we did not, include: higher ground clearance that provides you with more confidence in off-road situations, a low range feature that uses a lower gear ratio to maximize available torque to get you out of tough situations and when standard size is just not enough, you can maximize interior space with a long wheel-base SUV. 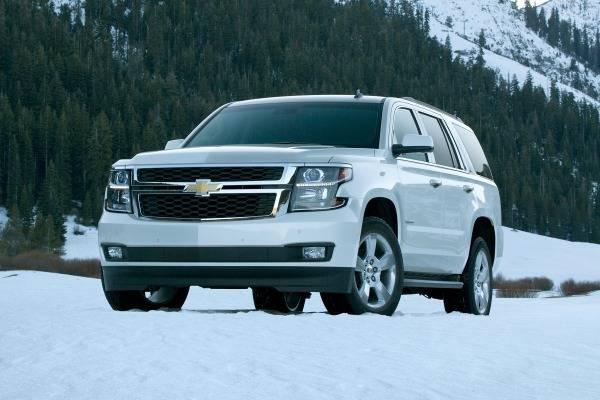 Fun fact:
The first-generation Chevy Tahoe could carry a maximum of six passengers, large amounts of cargo and, best of all, fit in most garages. This was the only generation that offered both two-door and four-door models.
So, we have reviewed the history of the Chevy Tahoe from the early days to present day, but how does it compare to the competition? Let’s take a look:

As you can see from the table, the Tahoe is not the leader in every category, but it leads the pack where it counts. If you measure your vehicles based on overall comfort, power, dependability and off-road toughness then you cannot do better than the Chevy Tahoe.