Buy quality used Audi A4 auto parts instantly with next day delivery. Choose the year of your A4 below.

Audi AG is a German Luxury car maker that designs, engineers, produces, markets and distributes luxury cars worldwide. Audi is a member of the Volkswagen Group and has its roots at Ingolstadt, Bavaria, Germany. Audi-branded vehicles are produced in nine production facilities around the world including the U.S. Audi, along with BMW and Mercedes-Benz, is among the best-selling luxury automobile brands in the world.

The first generation of the Audi A4 began its development life in 1988 with the first of many design sketches. With the selection of the final exterior design in 1991, production was targeted to start in late 1994. The A4 was a successor to the Audi 80 and it was introduced as the German Luxury car makers entry-level brand. Based on the B5 platform the Audi A4 was introduced in 1995 and had a front-mounted longitudinal mounted engine and front-wheel drive. When the A4 was first introduced it was offered as either front-wheel drive or quattro four-wheel drive. It was also offered as either a 4-door salon/sedan (the most popular body style over the years) and an estate wagon. The Audi A4 was the first model in the Volkswagen Group to feature the new 1.8-litre 20v engine with five valves per cylinder, which was based on the engine that was developed for the Audi Sport Super-touring race car. Audi also debuted a new automatic transmission on the B5 platform labeled “tiptronic” that was based on the type that Porsche developed for the 964-generation 911 which offered the driver a fully automatic or manual selection of the gear ratios. The B5 platform also marked Audi's continued move into the midsize luxury car segment which started with later model years of the preceding Audi 80/90 B4. Despite some initial mechanical issues, the new B5 platform was praised by automotive journalists. Within Audi and Volkswagen, the B5 platform was considered the quality benchmark for all other models. The A4 was used as Audi’s most economical option in North America until the arrival of the A3 in 2016. 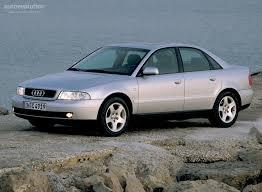 The second generation of the Audi A4 was based on the B6 platform and debuted in late 2000. The new styling was developed by Peter Schreyer and for the first time the A4 was offered as a Cabriolet convertible which included an electro-hydraulic operated roof which could lower in under 30 seconds. The B6 platform was also the first to include the continuously variable transmission (CVT) called the “multitronic” which replaced the dated conventional automatic transmission on front-wheel drive models. The transmission won considerable praise from the automotive press and it is generally considered the best of its type in the world despite some complaints from consumers that they experienced electronic glitches and mechanical problems with it. 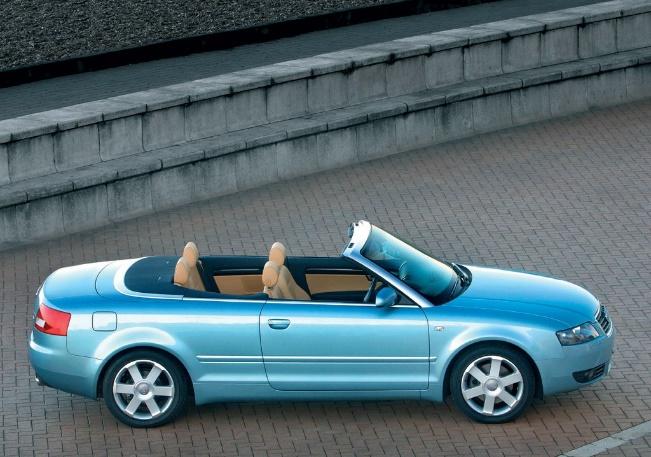 Audi introduced the third generation of the A4 in late 2004 based on the B7 platform. Although it was based on a new platform the B7 was essentially a facelifted version of the B6 with a few minor modifications in steering and suspension. The Cabriolet convertible came along a little later than the other body styles and was offered as an entry-level 2.0 TDI version but did not include the CVT gearbox. In 2007, the A4 was offered with a diesel engine for the Swedish market and according to Swedish vehicle inspection data the A4 Diesel was the most reliable vehicle on the market at that time.

The fourth generation of the A4 came out in late 2007 at the Frankfurt Auto Show based on the B8 platform. In this particular model Audi decided to use a variant of the Modular Longitudinal Platform (MLP), which was also used in the A5 coupe. The advantage of using the MLP was that it reduced front overhang and allowed for a longer wheelbase without increasing overall length. It also moved the center of gravity slightly towards the rear giving the A4 better handling characteristics and as a bonus provided rear seat passengers with more legroom. In early 2012 the A4 received a facelift and integration of new technologies to keep the model competitive. Between 2012 and 2015 facelifts were made to the Avant station wagon, Sedan and Allroad quattro which included redesigned LED head lights and tail lights as well as interior changes to improve usability and comfort.

The fifth, and most recent, generation of the A4 was introduced in 2016/2017 and it was based on the B9 platform however it was slightly larger than the B8. Audi decided to drop the Avant model leaving the Allroad quattro as the only station wagon body style offered. Compared to the model it replaced, Audi was able to deliver a vehicle that is leaps and bounds better according to many former owners. An arduous challenge to be sure, but one that Audi has successfully accomplished. With an emphasis on luxury, the A4 added just the right amount of polish to the new grille and with all-LED illumination, the A4 does an excellent job of lighting the road ahead. Overall, the new A4 is a joy to drive whether you are on twisting turning roads or just tackling your normal daily commute. On the inside the new A4 has an attractive yet understated design with many technological features that are easy to navigate thanks to the smartly placed physical buttons for the more common functions. 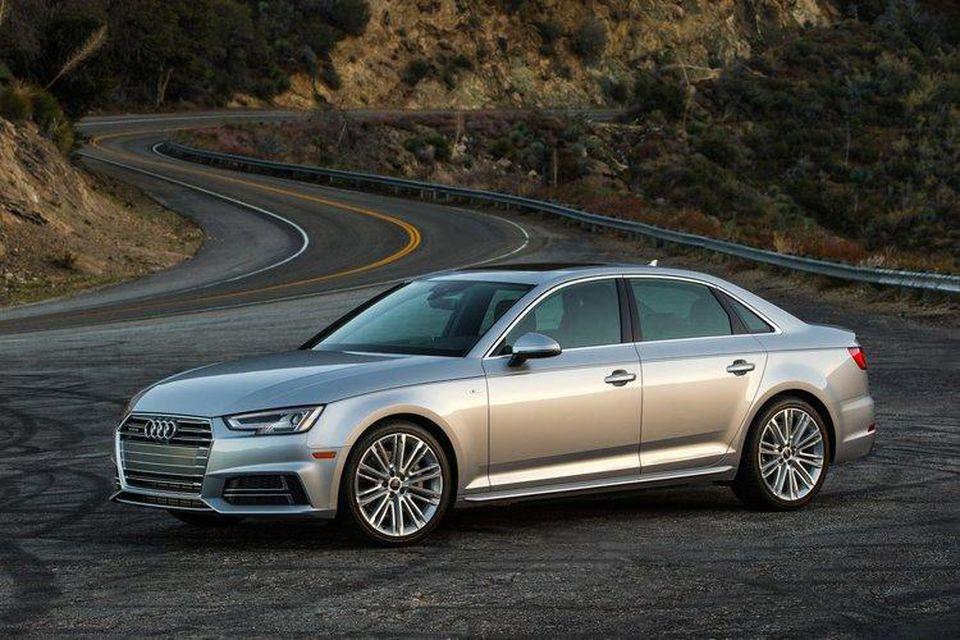 Fun fact:
The four ringed logo, first used in 1932, misleads many people into thinking that Audi has some sort of association with the Olympics. In 1995, Audi was unsuccessfully sued by the Olympic Committee due to the similarity of their logos.

It’s pretty obvious why the Audi A4 became an instant hit, but how does it stack up against the competition? Let's take a look:

As you can see from the table, the Tundra is not the leader in every category, but it leads the pack where it counts. If you measure your vehicles based on overall quality, attention to detail, comfort, safety, dependability and toughness then you cannot do better than the Toyota Tundra.