Buy quality used Acura Integra auto parts instantly with next day delivery. Choose the year of your Integra below.

Acura is the luxury brand marque of Honda. It was launched in the U.S. and Canada in March 1986. The marketing hype that accompanied the launch of Acura, emphasized luxury and performance as the cornerstones of the new brand. Acura holds the distinction of being the first Japanese automotive luxury brand and in the first few years of existence it was among the best-selling luxury marques in the U.S.

The first-generation of the Acura Integra, introduced in 1986 was a compact, was a small to medium sized family car made available in either a 5-door hatchback or 2-door hatchback (fastback style) coupe. This new model quickly established a reputation for combining luxury comfort with sportiness with features such as pop-up headlights. 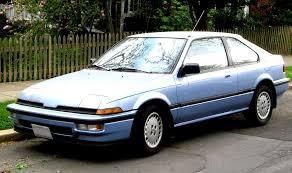 The second-generation Integra was introduced in 1990 and was still considered a compact, small to medium sized family car but instead of offering only hatchback models, the Integra was now offered as a four-door sedan. This was the first year for the fixed headlights and in 1992 a performance version called the GS-R was introduced. This particular model was offered with a 4-cylinder engine that incorporated the VTEC technology. Due to the VTEC engine design, these later Integra models are very sought after in the pre-used car market by the import tuner crowd. 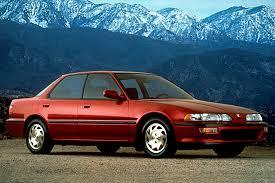 The third-generation of the Integra was introduced in 1994 and again it was still considered a compact, small to medium sized family car which was available as a hatchback coupe or 4-door sedan. In 1995, the Integra Type R was introduced with a 195HP engine and a close ratio 5-speed manual transmission which significantly improved performance and handling relative to the GS-R model. In addition, the Type R had a strengthened chassis and improvements to the suspension as well as a weight reduction which resulted in a capable sports coupe which was acclaimed by car enthusiast and journalists worldwide. In 1998 the Type R received significant upgrades including a redesigned rear bumper, 16-inch wheels and bigger brakes. The final version of the Type R was introduced in 2000 and was fondly referred to as the Type Rx because it had additional interior and exterior upgrades which firmly cemented it as a performance luxury car. Testing by Edmund’s Insideline and Motor trend clocked the 12-year old Type R at 0-60 in 6.8 seconds and ¼ mile in 15 seconds. This was for a car with air conditioning installed as standard equipment, pretty impressive even by today’s standards. To this day car enthusiasts and journalists worldwide (including Evo magazine) have named the Integra Type R ‘the greatest front-wheel drive performance car ever’ and the Auto Channel review site named the Integra as ‘the best handling front-wheel drive car ever’. 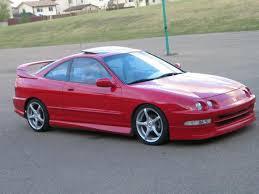 The fourth-generation Integra was introduced in 2001 and was produced until 2006. It was badged as the Acura RSX in the U.S. and Canada but it was an Integra through and through. This model had an entirely new engine and a new level of sporty coupe-like styling and impressive performance. As with most Acura cars, the RSX boasted a very high level of refinement as well as a reputation for reliability and competitive pricing which contributes to a high resale value even today. The road testing that was done by car enthusiasts and journalists at the time found that the RSX’s main performance strengths to be nimble handling and very responsive steering making this model exceptionally rewarding to drive. In early 2006 Honda announced that the Integra would be discontinued in June after that last 300 cars were sold. The backlash from the loyal customer base was so dramatic that the company extended production to produce 150 additional Integra cars. At the same time the Acura RSX (Integra) was discontinued as well primarily because these cars did not fit into Acura’s newly defined and structured marketing strategy. At this point the only remaining entry-level car remaining was the TSX however, Honda also introduced the similarly powerful and less expensive 2006 Honda Civic SI which was there to fill the gap left by the demise of the RSX. 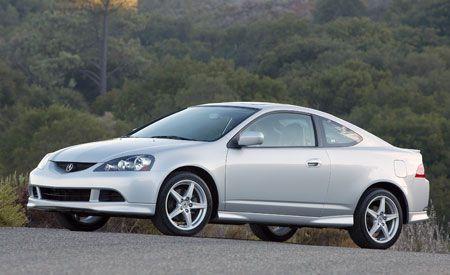 Overall, the Acura Integra had a great run and deserves a lot of credit for spurring other car manufacturers to produce similar competitive offering. Cars like the Nissan Sentra SER, Dodge Neon SRT4, Ford Focus SVT, Subaru WRX, Chevy Cobalt SS, Saturn Ion Redline, Mazda 3, Scion TC and the aforementioned Honda Civic SI would probably not have been created had the Integra not been produced. Maybe that is a stretch but it is certainly true that the compact, small to medium sized car segment offered car enthusiasts a large number of performance cars from which to choose. Thank you Integra for being the catalyst of change.

Fun Fact:
An interesting but not very well publicized fact was that Honda lost money on every one of the 1995–2001 DC2 Type R vehicles that were sold but since dealers were adding an extra markup, they were making money hand over fist while Honda was losing money. The main reason for the loss on every car was due to the details required to make the car more competitive in N-Series and World Cup racing. The details required hand tooling and finishing touches through the use of small fabrication shops in Japan which increased production costs that could not be made up through the list price of the car. Since the company deemed that the car was important for the marque’s image and important to the racing program at the time, the company accepted the financial net loss on each car sold.